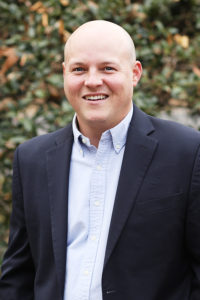 Cooper F. Spence grew up in Calhoun, Georgia and went to the University of Georgia. While an undergraduate, he served as an intern in the 108th United States Congress in Washington, D.C. and spent a semester as a visiting student at Keble College at Oxford University in Oxford, England.

After law school, Cooper served as Legal Staff in the Georgia House of Representative for the 2010 Legislative Session. Following the 2010 Legislative Session, Cooper took his first full time position as an attorney at large plaintiff litigation firm in Atlanta. While working as an associate attorney in a large practice, Cooper represented hundreds of injury victims in automobile, premise, and general liability cases.

In 2014, Cooper started his own firm solely devoted to the representation of individuals who suffered injuries or death due to the negligence of others. Since beginning his practice, Cooper has represented and obtained settlements and verdicts in injury cases throughout the State of Georgia; his areas of practice include automobile accidents, trucking accidents, premises liability, medical negligence and general liability cases involving injury. In 2017, and again in 2018 and 2019, Cooper was named a Rising Star by Super Lawyers Magazine and he is an active member of the Georgia Trial Lawyers Association, Southern Trial Lawyers Association, and the American Association for Justice.